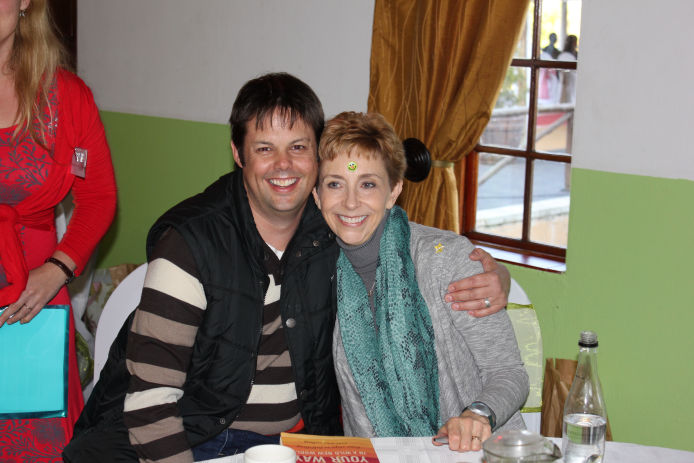 The thing is, what I am most passionate about, are the things that drive me.

And that is as a result of my process of becoming a coach!

What I mean by that is when it was recommended to me by a very dear friend that perhaps the Martha Beck Life Coaching course would be a good fit for me, I changed my life in a direction that more aligned with my passions!

Life before this plodded on. It was ok. From the outside it likely looked like fun - I traveled a lot, I dated a bit, I earned a bit of money. And I find the world a funny place, so I laughed a lot. But I was not happy; not depressed (maybe a bit), but definitely not happy.

I then discovered that this coaching inspires me. Being a coach thrills me. And I get great joy from the process of rapid and dynamic change, for the better, that happens in my clients through the coaching process.

And I still find the world a funny place, so I still laugh a lot!

Based on lessons I have learned through the phenomenon that is Martha Beck, I hold the philosophy of coaching that we all have something we were born to do and that we have an inner compass that can help us to discover what that is. It is what will make us deeply fulfilled. For the past few years I have been exposed to this philosophy and mind-set; I have tapped into my own inner compass and I now know how to be true to myself, how to follow my passions and how to ascend to my own Zenith! - hence Zenith Life Design.

Amongst the things, or actually the people, I am most passionate about are primarily my family and friends, my coaching clients, my colleagues and the disenfranchised youth of South Africa. (that last one you can read more about here - http://www.lula-isandla.co.za).

To channel this passion for all the clients I work with, I do all I can to explore and reveal people’s true self and to become aware of how that is masked and interfered with by their social facade. Importantly I need to be transparent, authentic and open – both in my own growth and discernment, as well as with clients.

A little CV that some people might want the detail of -

I am a Martha Beck accredited life coach since 2009
I have a science degree in genetics and psychology
And an honours degree in psychology
I have 17 years of sales experience - check here
I have been blissfully married since 2011
Am a father of 2 so-much-of-fun daughters
1 of 3 best-friend brothers
Committed to my Christian faith as a Catholic
I place a premium on a spiritual relationship with God
Am huge sports fan! And that's just about any sport…


I have a feeling that as you are here, some of this may resonate with you and move you to seek some sort of change...

Let’s chat, see where it goes.
Maybe, it is up; ascending to your Zenith!

Martha Beck is a writer and "life coach" who specializes in helping people design satisfying and meaningful life experiences. She holds a bachelor's degree in East Asian Studies and master's and Ph.D. degrees in sociology, all from Harvard University.

Martha says that she grew up wanting to be an ecologist or a professor. However, after bearing three children while acquiring the three Harvard degrees, she decided she’d rather just lie down for a few decades. During that time she became an author and life coach. Her books include Expecting Adam,Leaving the Saints, Finding Your Own North Star, The Joy Diet, Steering By Starlight, and Finding Your Way in Wild New World. She has been a columnist for O, The Oprah Magazine since its inception in 2001. Her most recent book is a collection of 25 fan-favorite essays from her column, entitled The Martha Beck Collection: Essays for Creating Your Right Life, Volume 1. She has also been a contributing editor for several popular magazines, including Real Simple and Redbook.

As president of her company, Martha Beck, Inc., she continues to speak around the world, as well as offer virtual teleclasses and in-person workshops a few times a year, primarily at her ranch on the Central Coast of California, where she lives with her partner, Karen, and her son, Adam. She also trains life coaches worldwide with her life coach training program.

More information about Martha Beck can be found at www.marthabeck.com including Martha's articles, books, speaking appearances, and life coaching strategies and suggestions.

When not covering herself in bird seed and sitting outside in nature, she is writing her new book.

Definition - "The highest point in the visible celestial hemisphere which is directly vertical to the spectator; the point of the heavens directly overhead."


Figuratively:
The point of culmination;
the greatest height;
the height of success or prosperity.

Sites made with Mobirise are 100% mobile-friendly according the latest Google Test and Google loves those websites (officially)!

Mobirise themes are based on Bootstrap 3 and Bootstrap 4 - most powerful mobile first framework. Now, even if you're not code-savvy, you can be a part of an exciting growing bootstrap community.